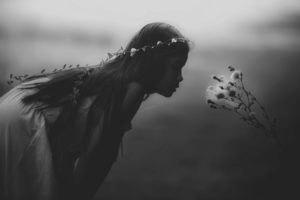 You can start your day with what seems like an unlimited supply of attention — the thing your sweetheart, boss and the media are all vying for — and still end your day with zip on automatic pilot in front of the TV.

Sadly, that means not giving the most important people in your life the attention they want, and probably not getting the attention you want from them.

In today’s economy, it’s easy to give work all of your attention and still feel like it’s not enough. You might be doing the work of two people or just trying to hold on to your job, but exhausting your resources is not the answer.

So, what is the answer? In his book, “Beyond Success: Redefining the Meaning of Prosperity,” Jeffrey Gitterman presents attention as a currency that we can consciously spend and replenish.

Gitterman paints a familiar picture from his own life of what happens when we don’t do that. “You walk through the door to your wife and four kids, one being a newborn. Your wife has left her energy and attention on the playroom floor, drained by the constant demands of children. She is craving and expecting attention from you, just as you are craving and expecting it from her. You probably know the rest.

“As if it wasn’t bad enough that neither of you has any attention left, you are each burdened by each other’s expectations. When those expectations aren’t met, too often we withdraw any attention we have left from each other. As the space grows between us, we become reactive in whatever patterns we have learned. Anger, silence, or even alcohol and/or drugs are used to fill the gap that now exists at home.”

You’re probably imagining a similar scene from your own life. Now, imagine how that scene would change if you were to budget your attention based on your priorities.

That might mean ignoring some of the negativity, gossip and e-mail, and being less distracted by interruptions that don’t require a response. It might mean doing what needs to be done instead of focusing on excuses or busying yourself. And it will almost certainly mean catching yourself when you start to pay more attention to something than it’s worth.

Some people have a way of draining our energy, if we let them; others help to refuel us. Don’t get sapped and shift to automatic pilot by default. And don’t fall into the trap of doling out negative attention, especially to children who crave almost any kind they can get!

Instead, develop a conscious awareness of how you are spending your attention. Learn to focus on what you want to devote your resources to. Practice breathing, stretching or meditating to stay on track … and get back on track when you need to. You will inevitably get better with practice and, ultimately, witness the power of focused attention.

You want to do more than spend your attention wisely; you want to concentrate it in order to accomplish more in less time. You want to think of your attention as a currency, a form of energy and a hot commodity — one that you can actually control.

You may be inundated by options, but you decide which ones warrant your attention and which ones don’t. Give your attention first to what you want most to nurture, and you’ll naturally find yourself swinging some attention away from those things that cost you without providing a return.

You don’t have to bypass what’s important to you for what’s not.

« Do you let yourself, your partner fly?
Get the lesson you need to land the relationship you want! »