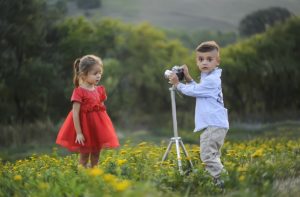 Once upon a time there was a baby girl. And all of her needs were seamlessly met … until one day she fell down. Baby Girl cried, and cried, and cried, until she had to stop crying to catch her breath. And that’s when she saw her blanket. She stretched her little arm as far as she could and tugged on the soft, warm blanket until it fell down right on top of her. And finally, she felt safe again.

Then and there, she decided that she would never be without her blanket. And she held on to it for dear life. There was no fall, no monster, no darkness, that she and her blanket couldn’t overcome together. Sometimes she used the blanket as a pacifier, sometimes a sword, and sometimes a cave. And as her blanket grew old and tattered, she grew into a little girl.

The little girl no longer needed the pacifier, the sword, the cave, the armor, the harsh words, the escape route, or the dirty old blanket; but she could not bring herself to let go. It stood between her and EVERYTHING she wanted, including her true self.