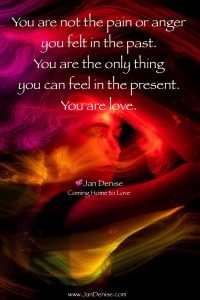 « How to leave everybody feeling better than you found them …
What does it look like to grow in love? »