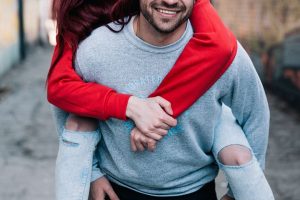 According to a new study, half of married/partnered women are dissatisfied with their sex life … and I’m guessing some of the other half were afraid to admit to it.

Our satisfaction — men’s and women’s — correlates with how much disparity there is between what we have and what we want. What’s not clear is what we really want versus what we’ve been programmed to want.

We can be preoccupied by what the media portrays pretty people as having, or what parents say is appropriate, or what somebody suggested was normal. And conflicting notions alone are enough to make us feel unsettled and dissatisfied.

Before marrying my first husband and having sex for the first time, I thought sex would be a spectacular, mystical experience. I imagined something, without any idea what, equivalent to fireworks, but it was years before I saw anything close. You may have thought you were alone in your disappointment, but I suspect you’re in the majority.

Our imaginations — though they lack details — are fueled by unrealistic love stories on silver screens. And it is no wonder that we choose those over the reality that we see in parents and other would-be role models.

The problem with romantic stories — on or off the screen — is that they’re apt to lack practical details. Even if the starry-eyed couple is one who could realistically live happily ever after, we don’t learn how they manage it. The curtain drops before we even learn what it looks like … so we might imagine it to look like something we have never seen!

Therein lies a clue. We imagine that happily ever after, a big part of which we paint to be sex, looks like something we have never seen a real example of!

With that in mind, we might reconsider what would truly satisfy us, and discard any ill-conceived fantasy with gaps destined to remain empty.

There are no valid rules about how or how often we’re supposed to have sex. There are some valid guidelines about how to successfully procreate … but that’s not always the goal. I’ll go out on a limb here and say it’s seldom the goal.

When it’s not, one of the goals might be physical gratification; but sometimes that’s a byproduct of wanting to feel loved and wanting to demonstrate love. Sex can remind us that somebody loves and cares about us, that we have a relationship with our sweetheart that nobody else has, that we’re not alone, that we have a partner in all of life. And that feels good!

The single most important thing we can do to ensure satisfaction with our sex life is to use sex as a vehicle to express love.

The single most important thing we can do to ensure our satisfaction with life in general is also to use it as a vehicle to express love.

May you be satisfied — in sex and in life.