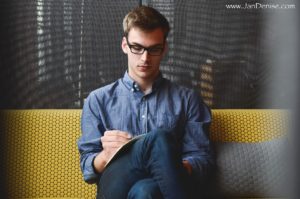 Men have their own brand of “PMS”

“PMS” triggers what troubles us … and so do some other things. Fatigue, hunger, a bad day or a headache can all bring out our frustrations.

Women are not alone in their frustration; they just have a monthly cycle to help them manage it … especially worth noting in the heat of today’s politics.

Women are more apt to let their activity revolve around the men in their lives. Men might hold some stuff in and tough it out, but they’re less likely to spend as much time tending to others as women do. So, during a woman’s monthly cycle she’s apt to scream out (or want to), “I’m a person, too!”

Still, there is that which triggers a man’s frustration, or the pressure he feels. And, I don’t want to overstate our differences, but … when a man is hungry, a woman tends to feed him. When a man comes home tired after a bad day, a woman tends to be there — comforting him, getting him something to drink and picking up his clothes.

No, women are not all the same, and they’re not the same from cradle to grave; and neither are men. Both men and women can strike a balance; they can share the load and the nurturing. Still, there’s no ignoring the innate differences that stem from what’s under the diaper.

I hear from a lot of women who feel taken for granted and weary of taking care of everybody else and not having time for themselves. So, I know they’re not looking for a “there, there.” They’re looking for real understanding and change.

Granted, some women get sensitive and overreact — OK, they turn into monsters — without really understanding why (men do, too, right?). And maybe they don’t really know what they want to change; in which case, the “there, there” could help to calm them down enough to see what’s really upsetting them.

That’s key for both men and women. When something triggers negative emotion, we need to look at why we’re upset. It’s not really because it’s that time of the month or because we’re tired or hungry. Something is bothering us … and it’s coming between us and the life we want. Sometimes it seems as though that “something” is our partner!

Man or woman, you can’t do everything for everybody else, at the expense of taking care of yourself, and still be happy — or healthy. Neither can you blame your sweetheart because you insist on trying to be a superhero. So, put the cape away … better yet, burn it.

The goal is not to stop having a menstrual cycle — or a hunger cycle or a sleep cycle. The goal is to take care of ourselves so well that our natural cycles find no frustration to trigger. In the meantime, we can be grateful that nature has a way of letting us know when something needs our attention.

Changes in our bodies don’t have to trigger frustration. When they do, and we write it off with, “Well, I had a bad day,” or “It’s that time of the month,” we perpetuate bad days and headaches and fatigue.

Conversely, when we get to the root of what’s frustrating us, we feel free and energized. We get a second wind to start fresh.

Yes, we’ll get off the path again — maybe get absorbed in work or family and neglect to exercise — but we’ll get another reminder.

« Happy Halloween, Thanksgiving, Christmas, and whatever holidays you celebrate!
Paint your own picture … »