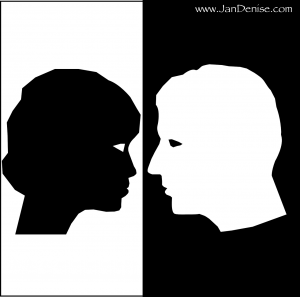 A good try … but it’s not quite that simple.

Acceptance leads to harmony, whether you walk away or stay.