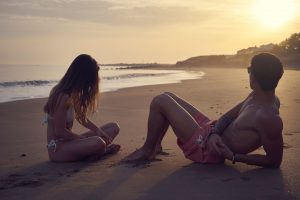 I spoke with a customer support rep in India yesterday. I could barely understand his English, and I thought it would be so much easier if I could just talk to somebody who spoke MY language! Customer service issues are great lessons in Love School, because we’re already vulnerable to frustration.

That’s often the case in our relationships, as well! And we react to a partner much the same way! Without realizing it, we may think it would be so much easier if they just spoke our language, if they just understood what we were saying, because we’re pretty convinced we’re right. But the problem may not be their language or lack of understanding. The problem may be our own faulty perception that the differences interfere with reaching the common goal!

And that’s exactly what I realized during my conversation with Monage yesterday! I explained it to him; and I think he understood. It doesn’t matter, though. He was perfectly competent to help me. And I owned my lesson out loud.

« Let’s not contradict ourselves …
Be present … »