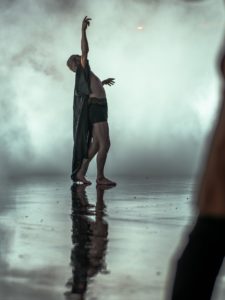 Life without that belief is empty, at least emptier than I want my life to be. You could argue (and I have, in my own mind) that I believe because I want to, because I can’t bear the thought of an empty or accidental existence. But I have evidence. It is both everywhere and nowhere, tangible and intangible. Einstein said, “There are two ways to live your life — one is as though nothing is a miracle, the other is as though everything is a miracle.”

Looking out the window as it rained, it struck me that the sky could not contain itself. Neither could I. I wanted to play in the rain. Sam was out-of-character reluctant, but we ran outside together. I raised my arms in surrender to the heavens, to God, and sang. I don’t want to be contained!

The path is neither empty nor random. Sometimes it is dark. But the sun is faithful.

« Freedom … our ticket to anywhere and everything!
This … »