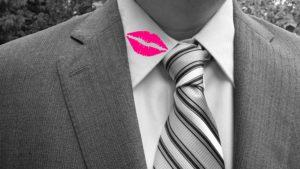 From a reader: “I thought I was giving him everything he wanted. Apparently, I had no idea what he really wanted … maybe I never had it to give.”

Why does a partner cheat? Somebody, typically in an emotionally charged state, has been asking that question since the first betrayal.

Yes, there are other reasons…but it’s safe to say that when a partner cheats, they want something that they are not getting. And when the relationship lacks what one partner wants, it almost certainly lacks what the other partner wants as well. Still, the cheated partner is often devastated.

Men and women alike beat themselves up for not seeing it coming or not doing something to prevent it. Though, some of them, as you know, are more inclined (at least when talking out loud) to beat their partners up for lacking control, or emotional stability or decency.

Truth is, we’re all doing the best we can and learning — even if at a painfully slow rate — to do better. There need be no blame; responsibility, yes. Consequences are still the best teacher, for all of us, both the cheater and the cheated.

Whether we break a commitment or merely ignore dissatisfaction, we cheat ourselves. And we don’t have to have sex with somebody else to break a commitment. When we refuse to spend time with a partner or open up emotionally with a partner, we’re cheating. Still, it seems that when one partner cheats sexually, they’re apt to get blamed for whatever went wrong.

Unless we look honestly at what went wrong and why, though, we’re likely to continue cheating ourselves — and our partners, no matter how many we move on to. A relationship is never one-sided, and neither is cheating. Ouch.

If there’s something lacking in my relationship, then I’m not giving that something — whatever it is. This is difficult to swallow, especially if you’ve been blaming your partner for the last three (or 30) years because you don’t have sex anymore or because you can’t talk for more than five minutes without an argument.

Answer this question: What’s missing in your relationship?

When somebody cheats, there’s one thing we can be sure of — regardless of which study we look at or how the reasons are phrased or interpreted — somebody wanted something in their relationship that they were neither getting nor giving.

You’ve done the best you could. To the degree that you’ll learn from the results, you can do better starting, yes, right now.

“Only by joy and sorrow does a person know anything about themselves and their destiny. They learn what to do and what to avoid,” said Johann Wolfgang von Goethe.

Pay attention to the consequences of your behavior. If you don’t have what you want in your relationship — whether it’s sex or connection or validation — offer some of that to your partner.

Cheating is an effort to get what we want, that we can’t seem to get at home, elsewhere. We can’t get it anywhere, though, unless we’re willing to give it.

Maybe you don’t know what he wants, but you know what you want. And you have it to give.

« How do we stop struggling in a relationship?
All grown up, we still cry out in distress … »