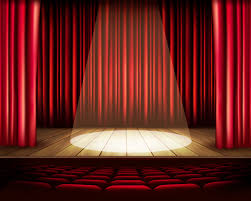 The stage is set: The full moon shines bright; and the music softly romances. Johnny sits on a bench in a tuxedo, and scans the park. Sally enters from the shadows, casting an exquisitely female silhouette. As she moves into the light, her sheer white dress glistens. Johnny feels something he can’t contain, something he doesn’t want to contain. And an audible voice says, “It must be love!” Johnny stands. Then as if by magic, he finds himself center stage, with Sally; they’re dancing. The tuxedo and the dress vanish. Still dancing, Sally and Johnny don’t miss a beat. The deal has been made; the deed is as good as done.

Sex is the ultimate in physical connection; and it can happen with very little effort. Our physical urges take over, with about 98 percent of all brain activity being completely unconscious! During orgasm, Sally and Johnny involuntarily drop their boundaries. To fully appreciate that, consider how difficult it is for them to voluntarily drop their boundaries, given the elaborate defense systems they have erected–and reinforce when somebody prettier walks in the room, or somebody else gets the promotion. When we’re desperate to let our guard down AND desperately afraid to loosen our grip, orgasm is the quintessential release. The walls come down, and they go back up just as quickly. We get a “fix.” For a moment, Sally and Johnny feel the miracles of oneness and omnipotence. They glimpse the authentic love they long for; there is only love, oneness with the universe and a partner–even if that “partner” just wandered into the moonlight. They are face to face with their maker; it’s just “Oh My God!” Maybe Johnny had lost faith in God; maybe Sally had lost faith in love. But, apparently, they hadn’t altogether given up. And in this instant, there is no star too bright, no moon beyond their reach! It’s not just about the sex; it’s about the way it makes us feel. Lovable.

We confuse sex with love, because sex feels like love; and because sex IS a glimpse of love … Continued in Jan’s New Book: Sex … why we can’t get enough, until we come home to love