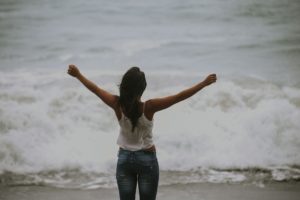 Our unconscious keeps files, but it doesn’t date them or evaluate them for legitimacy first. The files don’t get dumped unless we dump them. So 20 years later, we still lug around these feelings … and let’s face it, some of them were ill-founded to begin with.

A client recently realized she had spent 12 years in a marriage that didn’t work for her or for her husband. She married him because he asked — right after she lost her high-school sweetheart.

She had wanted to marry her very first love. When he refused, she felt humiliated and rejected.

As an adult, years later, she could face her feelings and give them a context. She could stop personalizing his rejection and, thereby, soothe the pain that nobody else had soothed for her. She could, then, face the hard truth that she had married somebody she was ill-suited for because surely HE wouldn’t leave her.

We can “dump the files,” particularly the ones marked PERSONAL, that indicate we are somehow flawed. We don’t have to feel like our time was wasted, though. We can realize that whatever our experience was helped us to get where we are. We can move on with the freedom and peace and joy that we had almost given up on.

His decision was not about her. It was about him.

This is good news, and we don’t have to keep it to ourselves. We have friends — and children — who need it.

« There is only one love, one light …
Stand up straight–you’re making me look bad … »