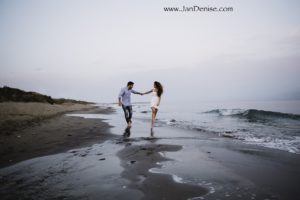 “My longtime partner dumped me…after several months of on-again, off-again. And I met this incredible new man. My friends are warning me about being on the rebound. Does it really matter?”

If being on the rebound means feeling vulnerable and deprived, it matters. When we’re coming from a needy place, a new prospect can seem to meet not just our immediate need, but all of our needs.

The first problem is that when a relationship is based on need, rather than love, it’s not the relationship we’ve dreamed of. Think about it: You don’t want a partner to be with you merely because he needs somebody to listen to him or care for his kids.

The second problem is that when you desperately need, for example, somebody to show you affection because your ex had grown cold and distant, you’re apt to place inflated emphasis on the warmth of skin to skin. Yes, it’s important — but so are a whole list of other things!

It’s easy to take the things you did have (maybe a great mind and a strong work ethic) in your ex for granted…and not realize that you’re missing them in a new partner, until you’ve survived that desperate — or rebound — stage.

When we end, especially involuntarily, a long-term relationship, we’re likely to feel out of sorts. Chances are, we’d grown accustom to eating with somebody, and having somebody to call when we had to work late. And that companionship gave us a sense of belonging — even if the love we wanted was lacking.

A survey by Mental Health America confirms that many of us are routinely overwhelmed by stress and see our relationships as a significant source of emotional support. Losing our primary relationship, then, can leave us feeling distraught! Men are even more prone than women to turn to an intimate partner for emotional support, which is one of the reasons men often have another relationship in the wings before letting go.

Of course, it’s healthy for us to reach out to each other for emotional support…but it’s also healthy for us to understand that that’s what we’re doing. When we’re on the rebound, we can cling to somebody out of need — without even realizing it.

Neediness is one of the reasons that breaking up is so painful, especially when the pain seems disproportionate to the merit of the relationship. Remember that friend who slept on your sofa for three nights after getting dumped by somebody he’d only known for two months? Or remember crying for weeks when that “jerk” just cut the cord and wouldn’t even call you back? You didn’t really want to spend the rest of your life with him.

That doesn’t mean you weren’t devastated, though. We hate to be rejected, even by somebody who’s unhealthy for us. And … when we’ve bought the idea (consciously or unconsciously) that they can make everything else OK, we can be unduly challenged to let go, afraid we can’t survive without them!

When we’re desperate, somebody with just a little bit of light can feel like salvation.

Infatuation — even when we’re not desperate — is intoxicating. It can seem like everything we ever wanted in a partner and in life is right there in our grasp. We can hold on for dear life…and maybe one day wake up and realize that what we’re holding was never what we thought it was.

Taking on a partner while you’re in rebound increases the risk of getting less than you expect and less than you want. If you’re unable to resist, at least beware.

Rebound and infatuation may still blind you, but you won’t be quite as jolted when the blinders come off.

« Stop … to be present and reconnect
How BIG are you? »