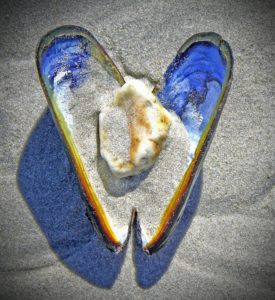 Of all the people on the planet, how is it that we end up with one…and maybe even purport that one to be the one?

What attracts two people to each other? And, perhaps more importantly, what makes two people compatible?

What attracts us is generally what we can see. Women are attracted to resources and dominance. Don’t cringe — think of it as biology. For thousands of years, women looked to men to provide for them and their babies. And even today, studies show that women are attracted to a strong jaw during ovulation, a rounder face during other times of the month.

Men are attracted to fertility — curves and rosy cheeks. They, too, are programmed to propagate their genes.

It seems initial attraction can be summed up in the pursuit of survival. It is, as my friend says, all about sex. Bioevolution is excruciatingly slow and here to stay. We may as well recognize it for what it is and enjoy it.

Still, we have learned — often the hard way — that there is much more to compatibility and love than initial attraction. What makes two people compatible is similarity. Opposites may attract, but attraction doesn’t make them compatible.

If two people have similar interests and a similar level of intelligence, they can relate to each other. They can communicate!

If two people are in similar places spiritually, they can walk the path together and nourish each other. Sounds nebulous, I know. You can define and discuss where you are spiritually, though. It helps to look at the hierarchy of needs theorized by the psychologist Abraham Maslow.

If you have met your basic needs for food and shelter, and are now working your way up trying to meet your need for love and belonging, good work; but you are not compatible with somebody who has found love and belonging and self-esteem and is basking at the top in self-actualization. You can be happiest with (and most appreciated by) somebody who’s at a similar stage.

And, if two people have similar personalities, they more readily understand each other. Look at the “Big Five” traits — extraversion, agreeableness, neuroticism, openness to experience and conscientiousness.

A simple awareness of your personality traits and your partner’s can lead to understanding and, thus, acceptance. How much similarity you want with a sweetheart (there is room for differences) is determined in part by your personality. A word of caution, though: A healthy relationship feels healthy to both parties.

And it’s founded on intimacy, or how connected you are, based on what you know about each other. The deeper your knowledge, the deeper your connection, and the healthier the relationship.

And one of the wonders of a deep connection is sexual intimacy. While you don’t want to get stuck at initial attraction, you also don’t want to ignore it. Your primal instincts aren’t going anywhere … and when you act on them, you get to lose your inhibitions. That means bonding with your partner.

Love will always be guided by knowledge! And it’s easier for us to know people who are similar to us.

Still, knowing requires quality time, a finite commodity in this world. One sweetheart on the planet is just right.