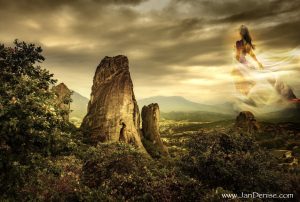 Many people think it’s OK to tell a white lie.

Some think it’s OK to cheat a little on their taxes.

Some think what a partner doesn’t know won’t hurt him (or her).
You probably don’t blatantly deny your behavior, but there’s a good chance you justify some of it. And justification often implies trying to make something “wrong” less wrong. But is there really such a thing as less wrong? White lies and black lies? Innocent cheating and tainted cheating?

Stop and face the music. It’s the first step toward freedom. And it’s sweeter than you think.

Once we accept the truth and trust it, we also begin to trust ourselves … and that means trusting ourselves to learn from our “mistakes.” Talk about freedom! And with the freedom to make mistakes comes the freedom to succeed.

« Are you struggling?
Forever a student of love … » 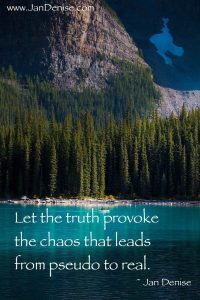 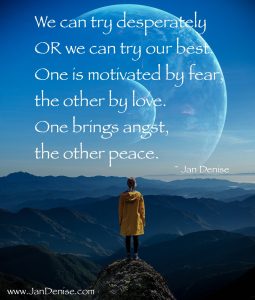