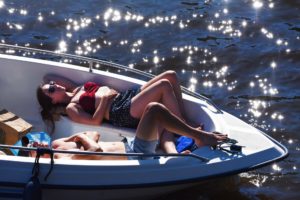 I just explained to my husband that “friends with benefits” refers to friends who have sex. But in a study, college students needed no explanation; 60 percent of those surveyed have had this type of relationship.

Sex, the thing that traditionally distinguished a friendship from a romantic relationship, is now up for grabs.

And I’m getting e-mails from those who want to know how they can participate … not just how to find a willing friend, but how to turn sex into something they can do with a friend. One woman went so far as to tell me, after reading John Gray’s advice column, that she must not be normal.

Do we really want to engage in sex the way we watch a movie or eat takeout with friends? Let’s not mindlessly jump on the bandwagon — and even if we decide FWB falls within the normal range, let’s not make it our goal.

My first invitation to engage in FWB came from a close friend about 20 years ago, long before all the press. There was too much mutual respect for me to be offended, but I was curious. Why would we do that?

He explained that having sex with each other would take the pressure off and allow us to take our time in finding a romantic relationship and incorporating sex … smart, resourceful guy, loyal friend.

Two friends can have sex without contemplating a commitment or vowing exclusivity, without justifying the act by talking themselves into the long-term potential, without all that sexual attraction and romantic love interfering. Again, I ask, “Why?”

According to that study at Michigan State University, people find FWB desirable because they get trust and comfort while avoiding romantic commitment. You have no questions to answer, no accounting for your behavior and no negotiating terms. The common concern is that sex might complicate the friendship by rousing unreciprocated desire for romantic commitment.

Maybe it’s more like a romantic relationship than the participants want to believe! And maybe you can’t have sex without the risk of developing feelings in at least one out of two participants.

I can see the wheels grinding during sex, “Hmmm, I’d like to really let go and enjoy this to the max, but I hate to screw things up by getting too passionate or vocal.”

Since the idea of FWB is to avoid negotiating a romantic relationship, communication about the sex is almost a taboo. Both a friendship and romantic partnership are based on the truth and sharing it openly; but as it turns out, friends indulging in sex together just might have to wear blinders — and put tape over their mouths!

Predictably, FWB doesn’t continue happily ever after. In the referenced study, about 10 percent became romantic partners, 33 percent stopped sex and remained friends, 25 percent broke off both the sex and the friendship, and the rest were currently FWB. But maybe those statistics aren’t so different from those on romantic relationships.

“The interesting thing is that a lot of people who are in romantic relationships kind of stumble through and do very little talking about it,” says Timothy R. Levine, one of the study authors and a professor in the department of communication.

Whether you’re having sex with a friend or a romantic partner, stumbling through it gets a predictable result. If it’s the result you want, go for it. Keep in mind, though, that when it comes time to go for another result, you might lack the motivation and the skill you need to get it.

Ultimately, according to Robert J. Sternberg, noted psychologist and professor at Cornell University, we want perfect love with a high level of intimacy, passion and commitment.

And as tough as it is for us to pull that off, maybe that’s what we should train for.

« Do you resist change?
Slow down the clock! »