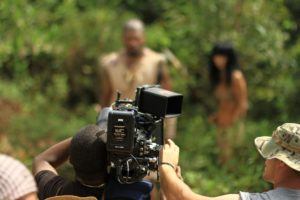 Often we’re so engrossed in snippets of our lives that we fail to see the big picture; but life, directed by the mother of all directors, has a way of bringing the pieces together.

Think of your favorite movie. It’s tough to find a single segment that conveys the message of the whole; individual pieces range from blissful to horrifying. And it takes all of the pieces to create a great movie–or a great life.

I recently watched “Scent of a Woman” for the third time. Lt. Col. Frank Slade played by Al Pacino ruthlessly dismissed others, made a pathetic scene at his brother’s on Thanksgiving Day, risked his guardian’s life and tried to take his own. He also sensed a stranger’s pain, helped a number of women connect with what made them beautiful and delivered an oration to save his guardian that would have made Lincoln proud.

Like you, like me, he was a human being riddled with contradiction and paradox. He was not one piece of his life. He was all the pieces coming together to make a whole. He was his past, present and future shaping him into the best lover and friend he could be.

And Charlie Simms played by Chris O’Donnell wasn’t just a naive scholarship student; he was the conscience that would show the powers at Baird how to reclaim the integrity they’d lost.

Your happy ending is in the making. It would be a shame to pause the movie with the gun to your head and get stuck there … when your guardian is just a split second from wrestling the gun away from you.

I’m telling you life is a bowl a cherries; and from a distance, the cherries all look bright red with life. When you get close and roll the cherries around in the bowl, you see holes where the flesh has been eaten away, rotten spots, stems, and even some pits left behind.

No wonder we tend to admire other people’s cherries from a distance and then find fault with them when we get close.

We do well to cultivate our own lives, to look at what’s there without getting stuck in one area or one time frame. There’s a lot of talk about being present and living in the moment. It’s a good strategy, but don’t miss out on what the past has to teach you or what the future holds to reward you.

The moment reveals more for you to appreciate when you give it a context. You can’t find eternity in an hour, as William Blake suggested (in Auguries of Innocence), without a sense of connectedness or how all the pieces come together. When we step back to the director’s chair, we get a glimpse of what is, in the context of the big picture.

When I recently took my husband Sam’s photo for his new website, I wasn’t clicking as fast as he would have, but when he stepped back to the ladder I was perched on to share my view and look at a couple sample shots, it was easy for him to relax and trust me. And when you step back and observe your life from a distance, it’s easier for you to trust what’s happening here and now.

Failure has paved the way for success. Sorrow has found true joy. Bitterness has yielded to forgiveness. Pain has taught compassion.

When Lt. Col. Slade showed himself as a drunken blind bully ready to blow his brains out, his young guardian saw him as a hero in pain.

What do you see when you look through the camera?