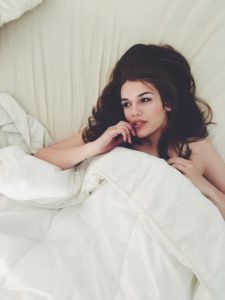 Despite all our science, many men still talk about what women want as though it’s beyond their comprehension. In light of new research, perhaps some of it’s because men confuse what women want from a long-term relationship with what they want from sex!

What women ultimately want in a relationship is simply to be known and loved to the core by a trusted companion. What women want from sex, on the other hand, varies from woman to woman, and from situation to situation.

I asked David Buss, noted psychologist and co-author of well-researched “Why Women Have Sex,” to help dispel some of the confusion.

“The takeaway from the book is that women have a complex sexual psychology that cannot be easily summarized by a few things,” says Buss. “Women have sex for dozens or hundreds of reasons, from feeling sorry for a guy to getting revenge on a guy; from consummating a love relationship to scratching a sexual itch; from beating out other females to doing a favor for a friend. It’s the richness and complexity of women’s sexual psychology that makes it so fascinating.”

Fascinating is a far prettier word than confusing.

When I asked Buss for the top three reasons women have sex, with percentages, he gave me the “top bunch of reasons that women rated as their ‘most frequent’ motivations for having sex”:

Other reasons included getting revenge, conquest, mate guarding, trading up, a sense of duty, a sense of adventure and to boost self-esteem.

If you feel like an exception, you can’t blame it on age. Studies for the book included women ages 15 to 85. And, according to Buss, women’s reasons for having sex don’t change very much with age. You can hold on to your fascination long after you’ve said goodbye to your skin’s resiliency and womb’s fertility.

We know that women in their early to mid-30s become more lustful and more easily orgasmic, but the studies don’t show a significant spike for “I was sexually aroused and wanted release” for those women. There I go trying to make sense of it all. With so many different motivations, they’re not easily lumped into categories, and neither are women.

Perhaps, the most useful tool we can take from the studies is permission to want sex for whatever reason. Then we can be honest with ourselves about what motivates us to participate in the act.

That’s the first step in making more conscious choices. And let’s face it, while fascinating is a pretty word, some of our reasons for having sex aren’t pretty.

We often get sidetracked by sex in pursuit of what we ultimately want in a relationship. And when we do, we confuse the men around us — and ourselves — about what we really want.

It’s not that we don’t want attraction, physical pleasure, arousal, release, adventure and self-esteem. We do, but we want them with a trusted companion — not somebody we seek to trade in or get even with or conquer.

« Hey, this is YOUR story!
Let love stretch your comfort zone … »