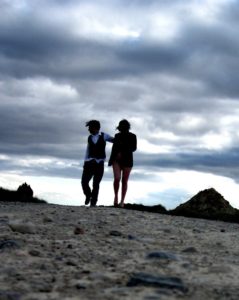 It’s not as simple as it sounds, though. Bob didn’t use a blanket acceptance to cover everybody he encountered. He actually saw each individual for who they were. He saw through my clothes and flowers and the guys who picked me up on weekends to what was inside.

« Are you risking everything or nothing?
Yes! »