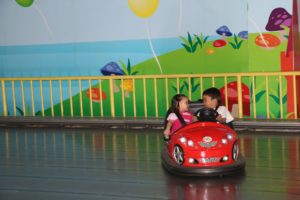 Men—and even women—have struggled for centuries to figure out what women want. It’s easier to tell you what they don’t want!

Women don’t want a coward. And the rest is up for grabs; it depends on the woman and her preferences. I know, that’s an unsophisticated response to Freud’s: “Despite my 30 years of research into the feminine soul, I have not been able to answer … the great question that has never been answered: What does a woman want?”

Stay with me, though. If a man’s courageous, he’s not intimidated by a woman’s intelligence. He appreciates her intuition. He’s not threatened by her emotions, however cyclical; and he’s not embarrassed by his own. He’s strong and vulnerable. He’s true to himself … and that means, according to Shakespeare, he’s true to her.

I could probably rest my case now; but as a woman, I like to talk, and I love to be heard.

We’re familiar with rejection in the context of sales, right? There’s even a story about a new-hire to sell life insurance. He was offered one dollar for every time somebody turned him down. With nothing to lose and a dollar to gain, he fearlessly approached as many prospects as he could. And, he got rich.

Well, not personalizing rejection works equally well in relationships (and in life). A man has nothing to lose by approaching a prospect, and he just might dazzle the woman of his dreams.

Oh, the glory of courage? You can get the woman you want (don’t bother to approach the ones you know you don’t want)! And she’s going to love you for you; because when you’re not afraid, you’re authentic. You’re not pretending to be somebody you think the woman wants.

Just don’t confuse fearlessness with arrogance or chauvinism. Women who respond to that are trying to feed their ego by attracting somebody “hard to get.”
Here’s a note from a client that explains what you might aim for:
“Things seem to be different. People are looking at me and seeing something in me. It’s like I’m being noticed, I’m someone they would like to know. And I’m seeing women I never saw before.

I thought about what I was feeling when these people looked at me. I wasn’t worried about whether somebody said “hi” back to me when I said “hi,” or whether they liked me or not. I felt like, I don’t need you to make me happy, I’m fine by myself. I mean I didn’t feel like a snob or I was better. I was just me, and I’m a nice guy, and you’re beautiful.”

When you have the courage to be you, regardless of the consequences, women will respect you. They won’t all like you (don’t personalize their preferences), but some of them will. You’re giving them what they most want—now we know—somebody who can handle what comes his way, including a woman, without losing himself.

Here’s the boon! What a woman wants from you is also what she wants from herself—freedom from the need for approval, permission to just be who she is. If you can help her to venture out of her comfort zone, instead of feeding her fear, and her ego, you’ll be a true hero!

You and the woman of your dreams can love and honor each other, without an obedience clause. You can walk, and run, and fly without being afraid of falling, because you trust each other to learn from the falls. You can even get sick or poor!

And here’s the real boon? What a woman wants from you is what you’ve always wanted to give her. The naked YOU!

« Where is the one for you?
It cannot be chained to the temporal … »