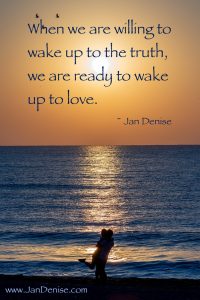 How is it that people “wake up” after 12 years of marriage (or 3 years of dating) and realize that if they ever had anything, it’s gone?

People really do grow apart. But there’s more to it than that. Sometimes they never really “had anything,” at least not anything close to what they had hoped for.

The good news is that we can and do “wake up.” From what, though? How could we have been so wrong — and, more importantly, how can we avoid being so wrong again?

Psychologists use the term “cognitive dissonance” to explain the discomfort we feel when we have conflicting thoughts, or conflicting thoughts and behaviors. We are so motivated to avoid that discomfort that we filter incoming data. We use what reinforces an established belief and conveniently ignore the rest. And when a behavior, one we can’t or refuse to change, conflicts with a belief, we justify that behavior by manipulating our thoughts.

In other words, cognitive dissonance explains how we can be amazingly close-minded and opinionated, and how we can see the proverbial mote in another’s eye and miss the beam in our own. And, stay with me here, it also explains waking up.

One man described his first encounter with his wife this way: “She was blonde and striking, and I just knew she was the one to marry.” You can imagine how much conflicting information he had to filter in order to hold on to that belief. And finally, one day, the evidence to the contrary was overwhelming, and he “woke up.”

When we feel particularly passionate about something — love, religion, politics — we can be unreasonably stubborn. Thus, the subjects have earned a reputation for being taboo! But the news is full of examples that underscore the importance of keeping a dialogue open, even when it seems hopeless.

It’s not just about communication, though, it’s about perceived options. We paint ourselves into corners. Whether somebody has committed five years to the military or a lifetime to marriage, if the data shows it to be unhealthy, they have to rig their decision to stay with: it builds character, I’m being punished, it’s my destiny, or staying the course is important.

That doesn’t stop the evidence from rolling in, though. And at some point, something has to give; all that hammering or harping gets through. It can no longer be ignored.

He comes to his senses and realizes he’s been a fool. She wakes up and realizes she doesn’t have to take, she cannot take, any more abuse.

One young woman (then another and another) explained that her friends tried to warn her about him. She had decided, though, that he was misunderstood. Nothing others could say to the contrary fazed her. He, eventually, broke through her filter.

Some argue that the need to have consonant cognitions, or thoughts that go together, is as strong as our need for food and shelter. In any case, it’s clear that when we face dissonant cognitions, we put up a fight — or a filter, as the case may be.

We must then be careful about what we think, what we believe, what we embrace as truth.

When we find ourselves close-minded — or perhaps even a bit narrow-minded or defensive — we can see it as a big red flag that suggests we’re holding a lie or distorting the truth to justify destructive behavior. Better yet, we can turn that red flag into a picture of one of those close-minded people we don’t want to emulate…and that just might save us from digging our heels into quicksand, or being awarded only weekend rights to a child, or needing another three years of therapy.

We can wake up to the truth sooner — rather than later — and have more life left for love.

« Best life …
Learning to Love Yourself … the quest of a lifetime » 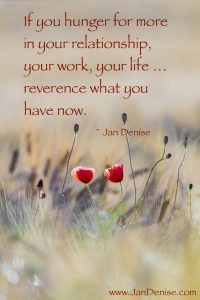 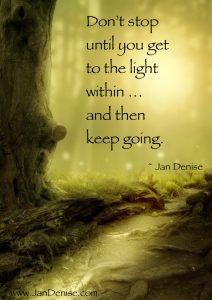 The light is love. And its depth is infinite. You will always find another layer, a purer layer. … More