Love has no agenda … 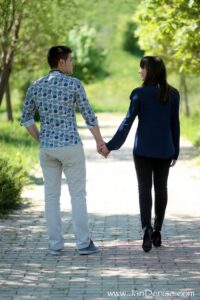 For every “negative” you identify, identify five “positives.”

Note: As humans, we’re programmed to be sensitive to rejection. We remember the negative! And sometimes we have a tough time believing the positive. … More 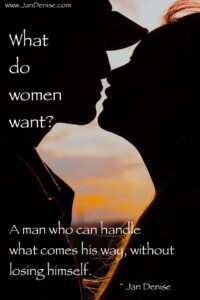 Men—and even women—have struggled for centuries to figure out what women want. As a woman, I think I can tell you what we don’t want.

We don’t want a coward. And the rest is up for grabs; it depends on the woman and her preferences. I know, that’s an unsophisticated response to Freud’s: “Despite my 30 years of research into the feminine soul, I have not been able to answer … the great question that has never been answered: What does a woman want?”

Stay with me, though. If a man is courageous, he’s not intimidated by our intelligence. He appreciates our intuition. He’s not threatened by our emotions, however cyclical; and he’s not embarrassed by his own. He’s strong and vulnerable. He’s true to himself … and that means, according to Shakespeare, he’s true to us!
I could almost rest my case, but as a woman, I love to be heard. And as a man, you may be wondering how to conjure up courage.

We’re so sensitive to the fear of rejection that we get a better view if we step away from it. The sales process offers us an ideal window. Maybe you’ve heard about the new guy hired to sell life insurance.… More 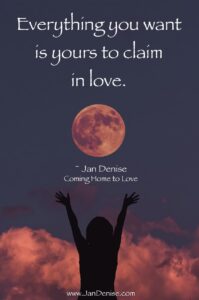 Everything good is found in love … in YOU. … More 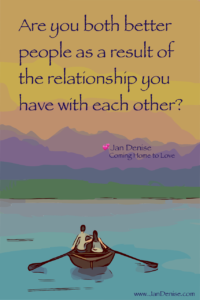 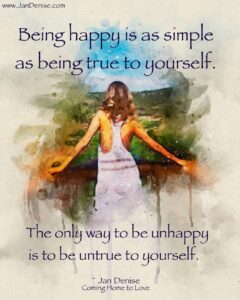 Your happiness is never about somebody or something else. … More 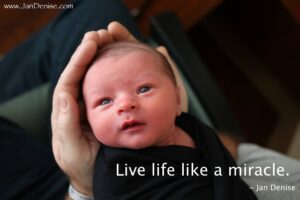 YOU are a miracle … and nothing can ever change that!… More