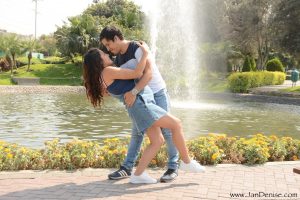 Men—and even women—have struggled for centuries to figure out what women want. As a woman, I think I can tell you what we don’t want.

We don’t want a coward. And the rest is up for grabs; it depends on the woman and her preferences. I know, that’s an unsophisticated response to Freud’s: “Despite my 30 years of research into the feminine soul, I have not been able to answer … the great question that has never been answered: What does a woman want?”

Stay with me, though. If a man is courageous, he’s not intimidated by our intelligence. He appreciates our intuition. He’s not threatened by our emotions, however cyclical; and he’s not embarrassed by his own. He’s strong and vulnerable. He’s true to himself … and that means, according to Shakespeare, he’s true to us!

I could almost rest my case, but as a woman, I love to be heard. And as a man, you may be wondering how to conjure up courage.

We’re so sensitive to the fear of rejection that we get a better view if we step away from it. Sales offers us an ideal window. Maybe you’ve heard about the new guy hired to sell life insurance. He’s offered one dollar for every time somebody turns him down. With nothing to lose and a dollar to gain, our novice fearlessly approaches as many prospects as he can. And, he gets rich—not because he approaches a million prospects; but because he approaches them with no vested interest in their response, and some of them say yes.

But let’s not confuse fearlessness with arrogance or chauvinism. When a woman responds to that, she’s still trying to feed her ego by attracting somebody sought after or “hard to get.”

Here’s a note from a client who explains how his new-found courage felt. This quiet self-assurance liberates a man’s greatness.

I thought about what I was feeling when these people looked at me. I wasn’t worried about whether they said “hi” back to me when I said “hi,” or whether they liked me or not. I felt like, I don’t need you to make me happy, I’m fine by myself. I mean I didn’t feel like a snob. I was just me, and I’m a nice guy, and you’re beautiful.

He trusted himself and the outcome. He knew and liked himself. He had finally realized that somebody else’s response to him couldn’t change him … and it shouldn’t change his self-perception.

If you as a man have the courage to be you, regardless of the consequences, women will respect you. We won’t all like you (don’t personalize preferences), but some of us will. You’re giving us what we most want. Now we know—a woman wants a man who can handle what comes his way, including her, without losing himself!

Here’s the boon! What a woman wants from a man is also what she wants from herself—freedom from the need for approval, permission to just be who she is. If you can help the woman you love to venture out of her comfort zone, instead of feeding her fear, and her ego, you’ll be a true hero!

You and the woman of your dreams can love and honor each other, without an obedience clause. You can walk, and run, and fly without being afraid of falling, because you trust each other to learn from the falls. You can even get sick or poor!

And here’s the real boon? What a woman wants from a man is what you’ve always wanted to give her. The naked you!

When my baby asked me to marry him, he also asked me if I wanted a ring. I told him that my ego wanted a bigger ring than he had ever given anybody, but I didn’t want to feed my ego. At first, I was a little disappointed that he didn’t do it anyway. Since then, I have grown beyond the comfort of my ego. And he has grown beyond the comfort of his. He wanted to be enough, without a big diamond. Thirteen years later, we’re more naked, more courageous, and more tuned in to each other than we could have imagined being. 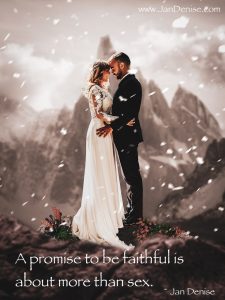 Let’s not deceive ourselves. Let’s learn how to truly love and honor.… More 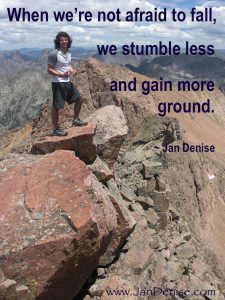